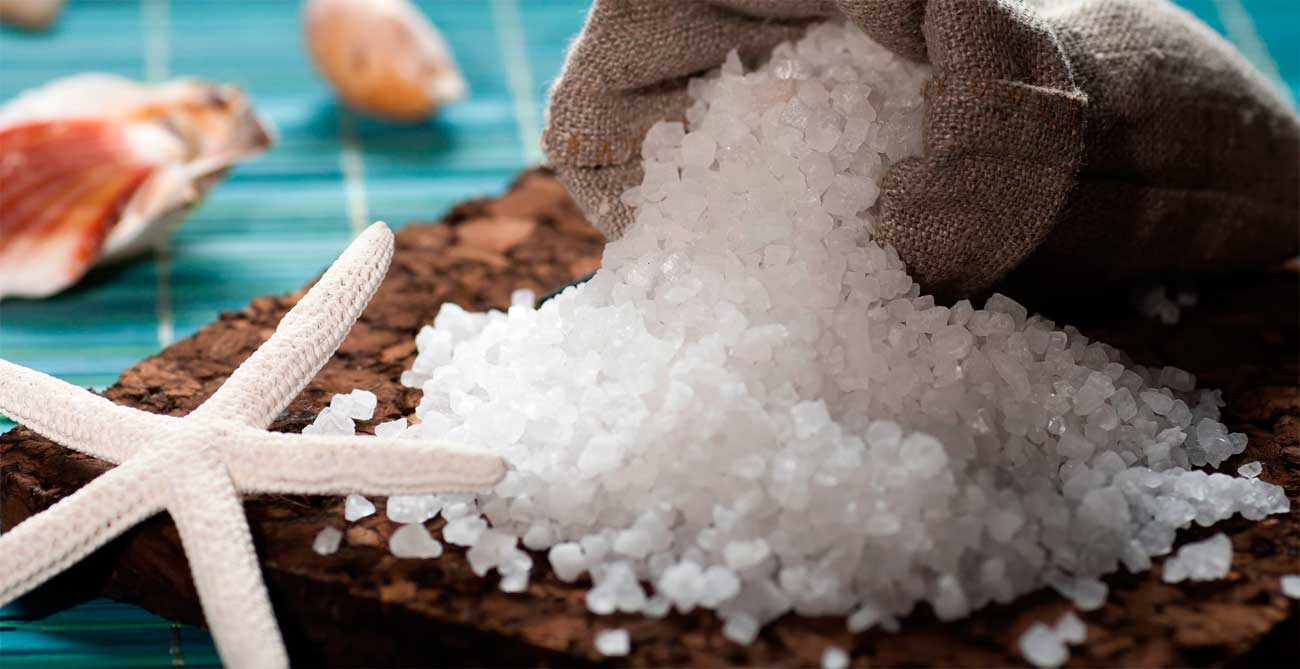 What is different about sea salt? 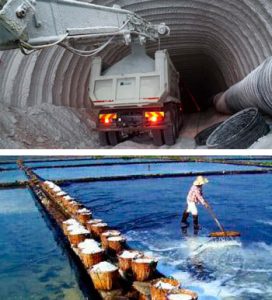 In our minds the ingrained myth that sea salt is healthier and more natural extracted from the ground. Though sea salt and stone (normal table) are one and the same substance. In addition to the methods of mining from sea stone is no different.

Deposits rock salt is wealth, the rest of mankind from dried up millions of years ago the seas. It turns out that rock salt under the ground is the same sea, produced by coleambally in the salt mines, or by pumping of water through wells drilled. By the way, pumped with salt water it turns the well-known variety "Extra».
The ancient sea has left in underground deposits of salt, silt and other organic residue, so no clean rock salt for adding to food is not being used.

Sea salt mined in the coastal areas by evaporation of sea water, from purification depends on the form of the obtained salt. 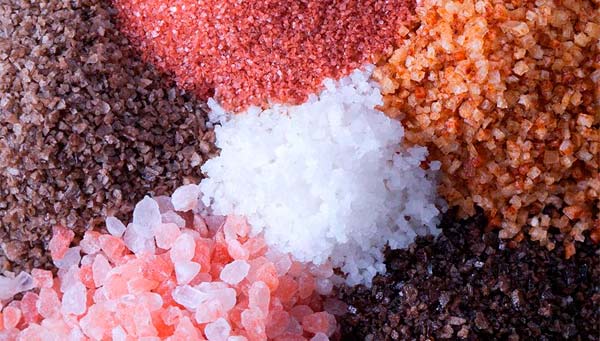 More recently, the market began to appear unusual types of colored salt. For example, darker from India, grey and pink-grey salt from France and Korea colouring is given clay and algae from the ponds for evaporation. Hawaiian black and red sea salt dark colored with specks of lava and red clay.
Tsvetoterapii impurities affect the taste, however, is ordinary sodium chloride. 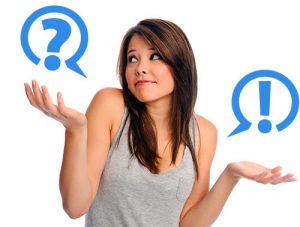 If you evaporate sea water, will remain a sticky mass of mud, where in addition to the sodium salt will really contain magnesium and calcium (giving bitterness), as well as more than seven dozen chemical elements in the meager amount. This information also became the cause of myths about many nutritious minerals in sea salt than unscrupulous manufacturers use "giving" them their salt on the labels. However, after purification and crystallization of natural salt does not contain the minimum of nutrients that remain in marine Il. The idea that ordinary sea salt originally contains iodine are also a myth.

How useful is salt?

And stoneand seaand tinted exotic – all of this sodium salt. Is salt useful? On the one hand, Yes. Salt is essential for the body to maintain acid-base and water-salt balance. Salt retains water – so without it it is impossible, especially people with active lifestyles. On the other hand, the modern kitchen is saturated with salt sodium. As a flavor enhancer and preservative salt is present almost everywhere in prepared foods, including cheeses, sausages, pickles and even bakery products. Excess salt triggers increase blood pressure, aggravation of cardiovascular and other diseasesthan shortens life. 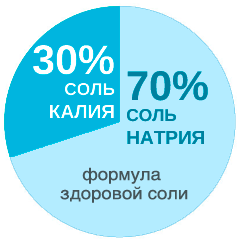 The exception is a healthy, balanced salt mix salt sodium salt Potassium. After all Potassium is not just a valuable item you need for daily replenishment of the adult and growing organisms (the who recommends 3.5 grams of potassium a day, which is equal to the consumption of 200-300g of dried apricots). Potassium participates in water-salt and acid-alkaline balance, helps the natural conclusion of excess sodium. In this case salt with potassium has the same salty taste and properties as usual, but unlike pure sodium harmless and beneficial, prolongs life. Such "smart" salt mix over 30 years ago for the first time appeared in Finland and today well-known and popular around the world as "low-sodium salt". In the grocery stores where healthy salt with potassium presented salt SOLENA — by the way, domestic production. 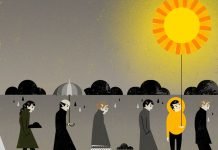 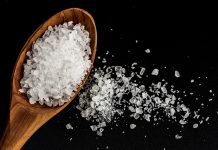 How to make isotonic with salt Solena

Who: abundance of iodine needed by all