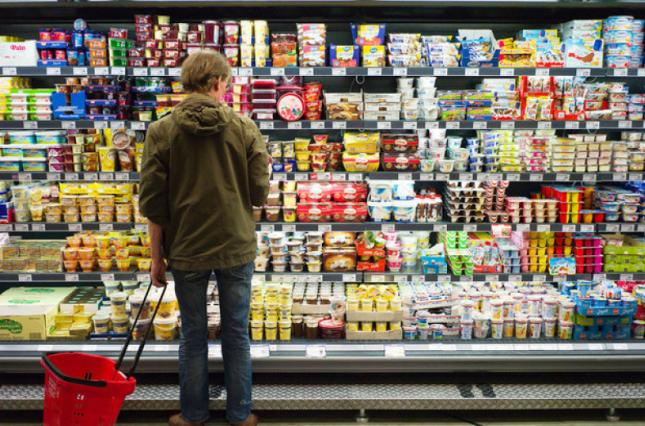 The company “VEND”, releasing salt with a reduced sodium content of SOLENA, is just taking measures to reduce salt consumption by the population in Ukraine. Using SOLENA instead of regular salt normalizes sodium intake and compensates for deficiency. Potassium in the diet that helps to restore the breached unhealthy diets water-salt balance of the body and normalization blood pressure.

In the fall, Russia will receive GOST on color-coded products - “Traffic Light”, write “Izvestia” with reference to Rosstandart. In accordance with the new state-of-the-art packaging or product labels, vertical stripes of red, yellow and green colors will be acquired. They are designed to inform the buyer about the usefulness of the product and the potential harm to health as a result of its consumption. Color will be assigned based on the content of sugar, salt and fat in the product.

In the first phase, use the color differentiation will be voluntary for producers. Then trade unmarked products will be banned. According to the Deputy Head of the Federal Research Institute for food and biotechnology, a developer of Gosta Alexei Qambarova, thanks to the marking you will draw the attention of Russians on what they eat. He is sure to increase the life expectancy of citizens need to make food a priority.

Talk about the necessity of introduction of marking products for "traffic light" system to go long. So, at the end of the year 2017, the head of Rospotrebnadzor Anna Popova said that obesity in Russia suffers a quarter of the adult population and to fight the spread of this disease, you should mark the harmful products of special "black marks".

As the “New Day” wrote, the official pointed out that more than 35% of the adult population exceeds the recommended daily salt intake, with about 80% of the salt being supplied with food products of industrial production, and not during self-cooking.

"The option that we offer," traffic light "system, which signals the excess sugar, salt and fat (products with increased their content are marked in red, with a moderate-yellow, with the low-green. -PRIM. Ed.), "explained Popov.

A proposal to apply a special labeling on food products was also made by the Ministry of Health. The sign will allow the consumer to navigate whether the product is useful or not. The concept with the description of the new ranking was sent by the department to the government of the Russian Federation in 2017.

The Office considers it necessary to divide the food into three groups depending on the content of substances and items, excessive consumption of which can cause chronic illness. In particular, we are talking about fats, sugar and salt. Their share will be set at 100 grams of product.

The first group will be “healthy” food. Frozen fruits, vegetables and legumes, fresh and frozen meat, poultry, fish, seafood, eggs and cereals will automatically be counted on it. The category of "unhealthy" is proposed to include chocolate, confectionery, energy bars and desserts. Also in this group fall energy drinks and alcoholic beverages.

The list of №3 Ministry of Health proposes to include products and goods, the threshold values ​​of the components in the composition of which will allow to attribute products to a healthy diet. The thresholds of the components will be set for juices, bread, breakfast cereals, processed meat, poultry, fish, as well as dairy products, including cottage cheese and cheese.

The ministry also explained that the goal of the developed program is to preserve the health of Russians by promoting a culture of healthy eating. According to the Ministry of Health, in 2015, 1.31 million Russians suffered from obesity, and in 2016, already 1.39 million.

How to normalize drug-free pressure

Ukraine is No. 1 in deaths from malnutrition

What salt do we eat?